We took the Ayrshire championship and reserve at the South West Dairy Show at Castle Douglas this year. 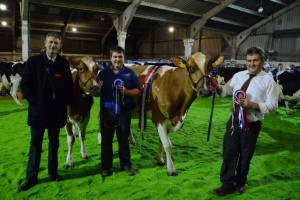 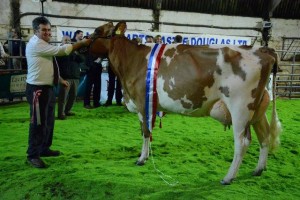 Standing reserve to her was our first prize heifer in milk, Halmyre Urr Floralin 174, a Barr Regent daughter. 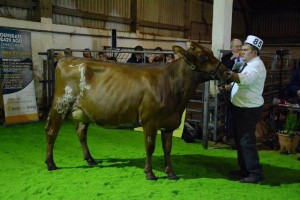 Thank you very much to John McLean who was a valuable help in clipping and preparation for the show this year.